Reaching 2′ tall and 1′ extensive, ‘Golden Jubilee’ produces light purple flower spikes from early summer season to fall. Although a perennial, it’ll reseed in your garden and the new vegetation may also be golden. As an added bonus, brushing against the foliage releases the plant’s licorice scent. It is touted as a xeriscape perennial because it thrives in well-drained soil and, once established, requires little moisture. As a low-rising, clumping perennial, ‘Comanche Campfire’ reaches a peak of 15 to 18 inches and spreads to 2 toes. Use it in a rock garden or alongside the edge of a perennial bed. Mexican feather grass is a fine textured clumping perennial that waves its silvery flowers within the slightest breeze. 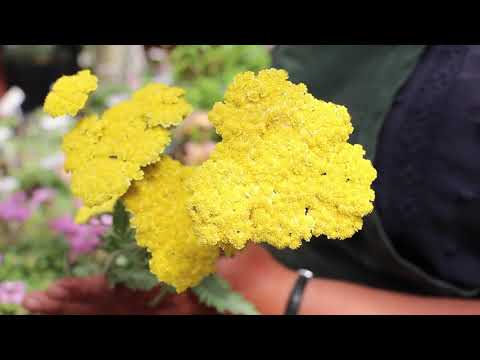 This perennial flower grows in the full sun (zone 4-eight) and features purple or pink flowers on long spikes. It’s also very simple to care for as it can develop in nearly anyplace. Sedum is a perennial flower with succulent leaves and clusters of star-shaped flowers in pink, rose, purple and green.

It is drought tolerant and hard despite its refined appearance and forms a clump virtually two ft tall and three toes wide because the leaves arch to the edges. It tolerates a wide variety of situations, however prefers properly-drained soils and doesn’t like to be cut to the bottom in spring like different grasses. It is native to prairies in Texas, New Mexico, and south to central Mexico and should reseed within the backyard. Chrysanthemums, also called “Mums,” bloom in a variety of colors including, blue, inexperienced, orange, pink, pink and white. This late-season flower delivers colour that can add stay to a garden or vase. With its velvety green leaves, lamb’s ear is certain to please in any backyard setting.

Since they’re really easy to look after and sturdy, they’re also called stonecrop. The best time to plant sedum is within the spring and in full solar. Some perennials retain their foliage 12 months-spherical; these are evergreen perennials.