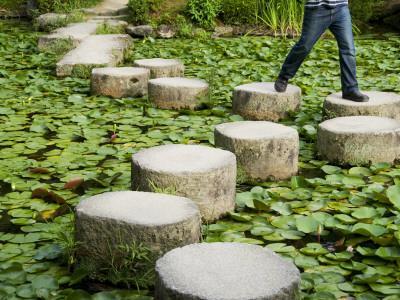 These three—chosen to match the fountain basin close by—had been stood on end like three sentinels in a mattress of baby’s tears and white impatiens. This stonescape positive aspects a Japanese feelwith the addition of a easy tsukubai fountain. This outside bathe is tucked into an alcove subsequent to the rear stairs; the slate backsplash and aspect wall of rounded fake river stone add as much as a natural-looking backdrop. Landscaping with stone can still be a combined media project. Combine gravel with rocks of various sizes to add curiosity in large areas.